The article “Investigation of a computer CPU heat sink under laminar forced convection using a structural stability method” has been published in the International Journal of Heat and Mass Transfer (Elsevier Ltd), a journal of ISI. The impact factor (IF) is 4.346, according to Journal Citation Reports (Clarivate, USA) and an H-index of 177 according to SJR (Spain). According to the international ranking system of Ton Duc Thang University (TDTU), the International Journal of Heat and Mass Transfer is specialized as premier in the narrow category of Fluid Flow and Transfer Processes by SJR.

The main author of this work is Dr. Truong Khang Nguyen, Head of Division of Computational Physics (DCP) from the Institute for Computational Science (INCOS) at TDTU. This publication is the result of intensive and elaborate research as per the high requirements of the International Journal of Heat and Mass Transfer, which accepts only pioneering research papers. 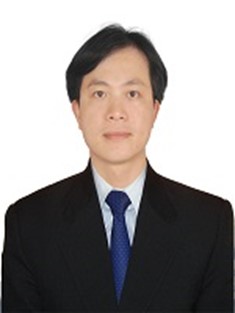 In this research, the thermal performance of an air-cooled, flat-plate heat sink under laminar forced convection was performed using a three-dimensional analytical model. To validate the model, the solution was compared with numerical and experimental results. This research looks to the influence of heat sink thermal performance and of environmental parameters on the heat sink’s stability against thermal stress, which is essential for manufacturers’ goals. The effective parameters on heat transfer rate from the surface of heat sink such as Reynolds and Nusselt numbers, heat transfer coefficient, fins height, and fins number were studied under various air flow velocities. In addition, the thermal stress (structural stability method) indicated that enhancement of the airflow velocity caused the Nussels number value chart to incline, which increases the heat transfer coefficient. Importantly, increasing the Reynolds number from 3.80*103 to 2.28*104 leads to less thermal stress by 47.36%, less deformation by 50%, less surface temperature by 28.57%, and, consequently, less geometry failure. Results depicted that pure convection has less heat transfer by 1.66% compared with convection-radiation heat transfer, and enhancing the fins number and fins height reduce the surface temperature by 25% and 20%, respectively. As a result, the chosen range of the Reynolds number is totally suitable for this high-temperature model that does not allow thermal stress to deform the fins of the heat sink.