Ton Duc Thang University (TDTU) decided to have a Letter of Appointment of a Distinguished Professor for Professor Nguyen Van Tuan, an eminent scientist in the field of osteoporosis. TDTU's Distinguished Professors are awarded to professors with remarkable achievements in the field at the world level; and this first Ceremony of a distinguished professor's position for Prof. Nguyen Van Tuan is a recognition of his great contributions to osteoporosis research worldwide; as well as his passionate devotion to TDTU and Vietnam. The ceremony tookplace on the afternoon of December 28, 2018.

Professor Nguyen Van Tuan is considered as one of the leading scientists by researchers in the field of international osteoporosis. His contributions include diagnosis of osteoporosis and assessment of fracture risk, gene discovery, and gene application in assessing fracture risk. The method of predictive fracture developed by his research team has been used by doctors around the world (and Vietnam), which helps cure millions of patients worldwide. His outstanding contributions were acknowledged by the title Fellow of the American Society of Bone and Mineral Research (ASBMR) and a great deal of prestigious awards in the field. Recently, he has been awarded the Eminent Scientist Award of University of Technology Sydney. It can be said that he helps bring Vietnamese names to specialized osteoporosis worldwide.

Being a principal investigator of the Dubbo Osteoporosis and Epidemiology Study in Australia for 25 years, he has provided scientific evidence to policy making on management and treatment of osteoporosis. He has published over 300 publications in prestigious international journals including Nature, JAMA, BMJ, Ann Int Med, New England Journal of Medicine, JBMR, JCEM. His publications have been cited more than 25,000 times. He is one of the highly cited scientists in the field of osteoporosis and medicine in the world; and is classified as "Top 1%" in the global medical field.

He has many research collaborations in Vietnam and Asia. He is one of the founding members of the Osteoporosis Society of Ho Chi Minh City (HCMC), co-founded Strong Bone Asia, and organized many international conferences on bone in Vietnam. Currently, he is elected President of Pan Asian Biomedical Science Consortium, an alliance of the top 20 universities in the region and Asia. He conducted the Vietnam Osteoporosis Study, one of the most extensive studies on osteoporosis in Asia. He helped Vietnamese colleagues to publish more than 50 scientific papers from Vietnam on prestigious international journals. These works make the diagnosis of osteoporosis in Vietnam more accurate.

Some pictures of the Ceremony: 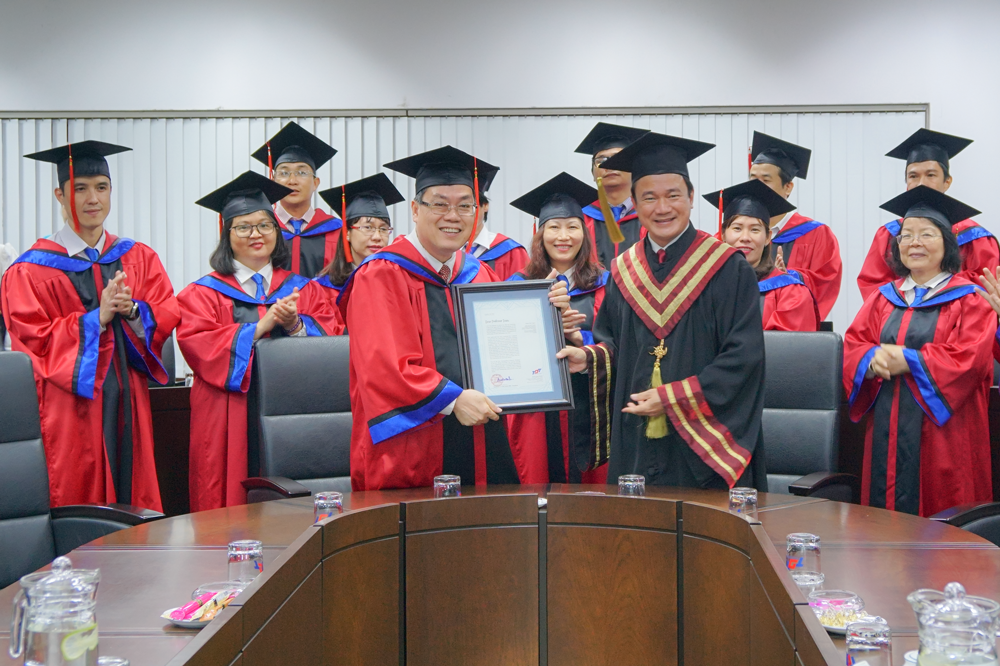